As winter training camps go, this wasn’t going to be the most intensive cycling experience.  It is in fact a business trip and I have genuine reasons for being here, however I am fortunate to have a little time to myself and the hotel has ‘family’ bicycles for hire, with a bell and a basket and things to make it look good.  A single speed step-through bicycle in bright orange… something to attack the hills with and go for a Strava segment: not. 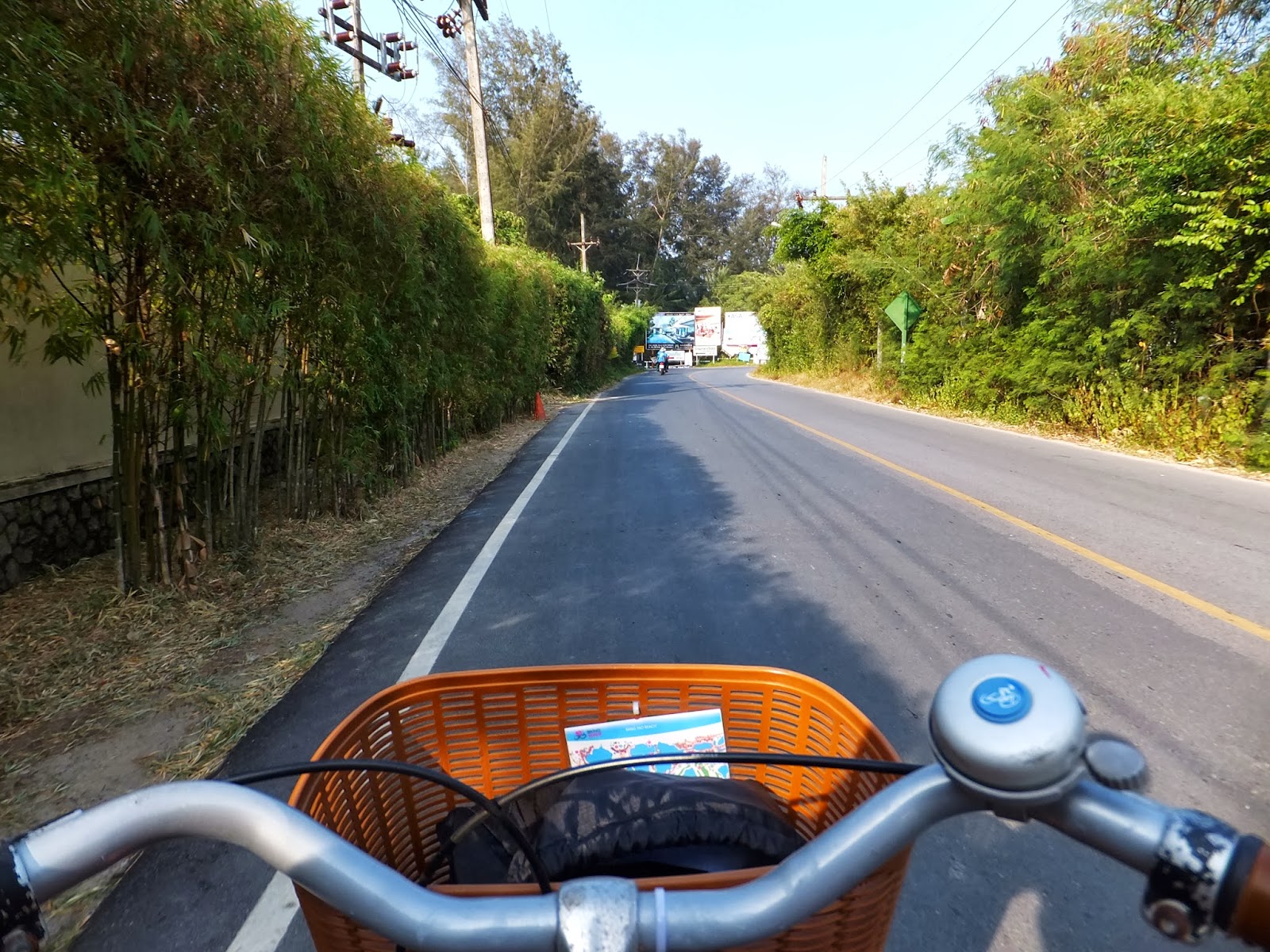 I left the Angsana Laguna hotel and followed the quiet road north along the coast, to my right was scrubland and to my left, between the road and the beach were small shanty houses and beach bars.  Cycling was comfortable and easy, the speed limit on this stretch is 30kph and there was only the occasional vehicle with the driver giving me plenty of room… but let’s face it, a bleached white westerner riding a hotel hire bike: I was always going to be viewed oddly and given a wide berth. 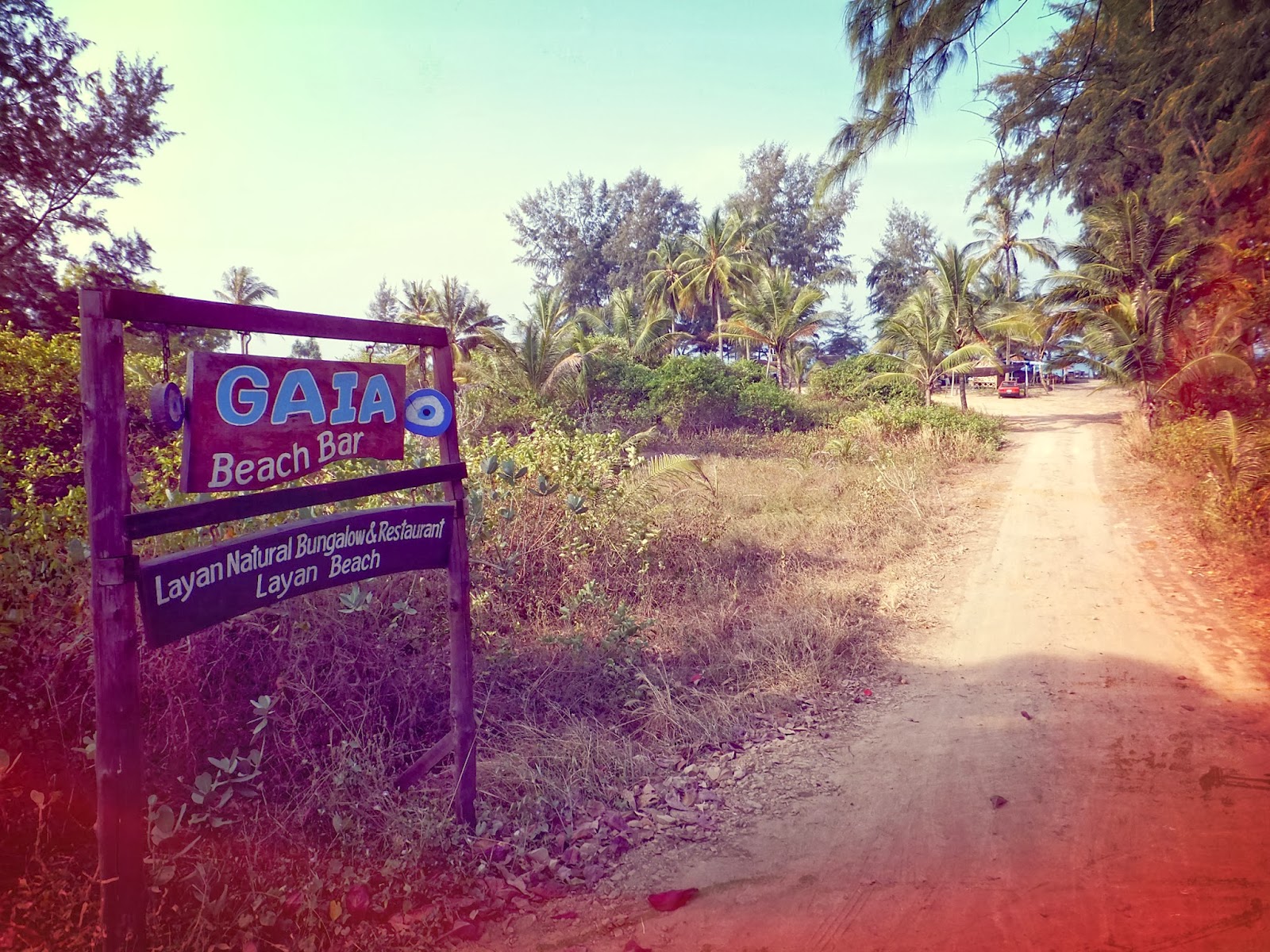 Wanting to get a closer look at the beach I pulled off at the Gaia Bar, which at this early hour was yet to open.  Pushing Thailand’s equivalent of the “Jopo” over the sand, I found myself looking out over the Andaman Sea.  So peaceful.  Quite a contrast to the television images of the Tsunami from 10 years ago (26/Dec/2004). 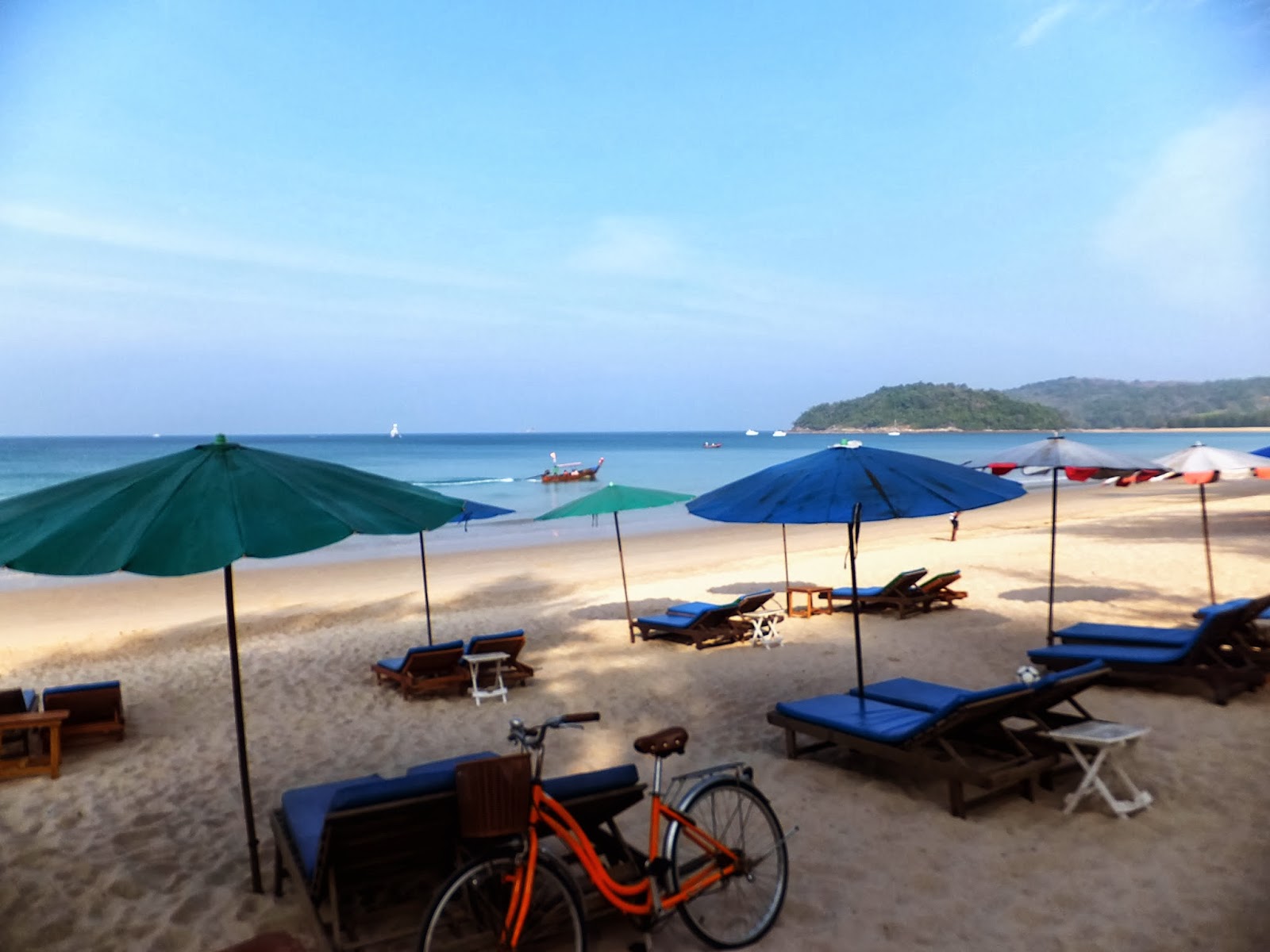 I continued along the coast road until it turned inland and reached a junction with “Rural Road Phuket 4018”, but having only covered 4km I was not in the mood to simply turn around.  Turning right appeared to take me in a loop, but to the left, continuing north, it looked like there were hills ahead.  The choice was clearly to go left because what self-respecting winter training camp doesn’t have altitude training? 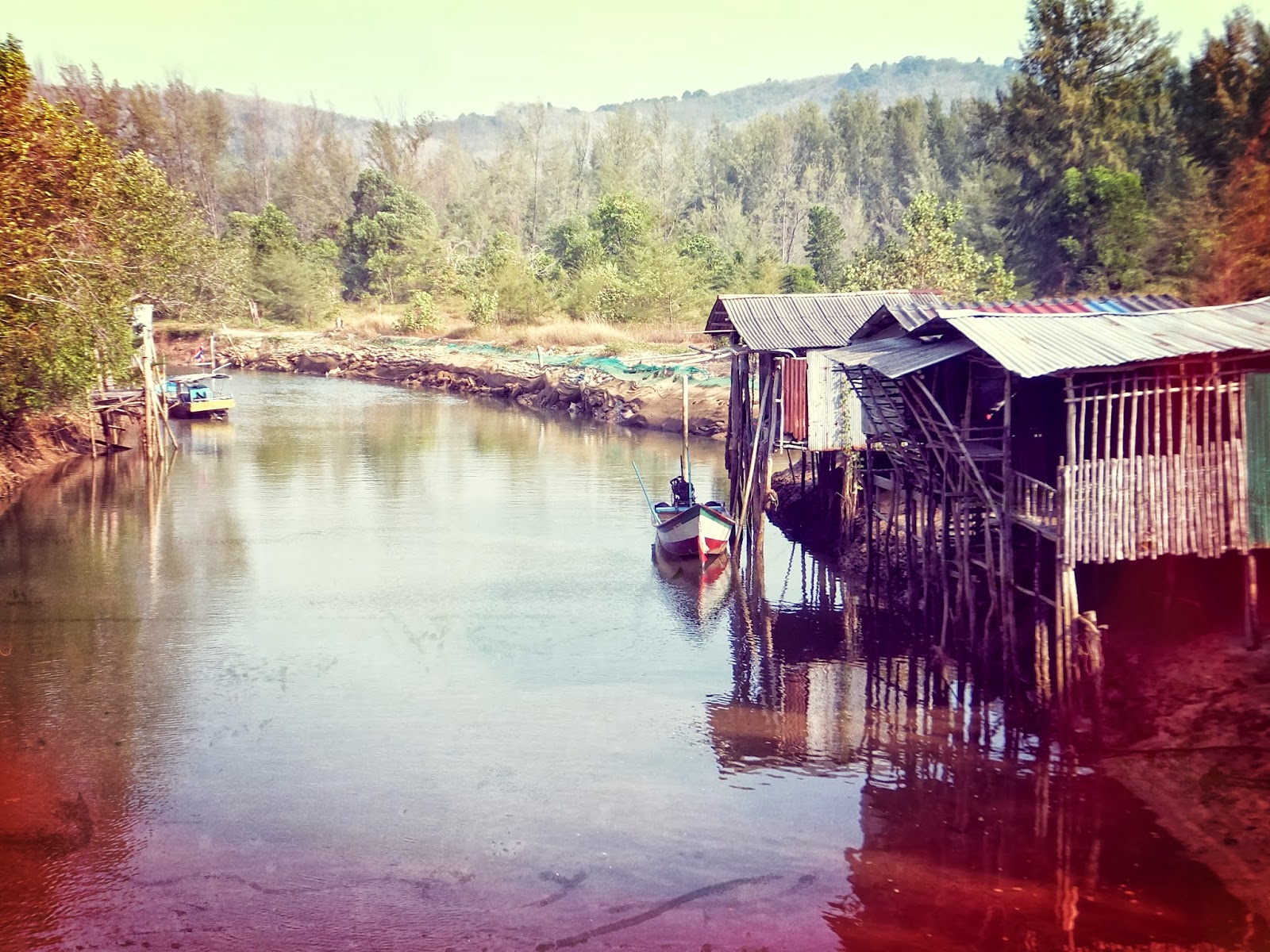 Although Phuket 4018 had more traffic, there was not a constant stream and it was fairly quiet.  Drivers continued to be very courteous and give me plenty of space.  As I rounded one bend I saw the “8%” sign and wondered if this simple cruising bicycle would be up to the job.  Standing on the pedals and working hard I began to climb up through the small village of Ban La Yan.  It was hard work climbing in the heat and with a step-through singlespeed, eventually I was beaten and had to push.  I thought the hill would be over and wanted to see what view I could get from the top.  At one point, between some trees I could make out how high I’d climbed from the beach. 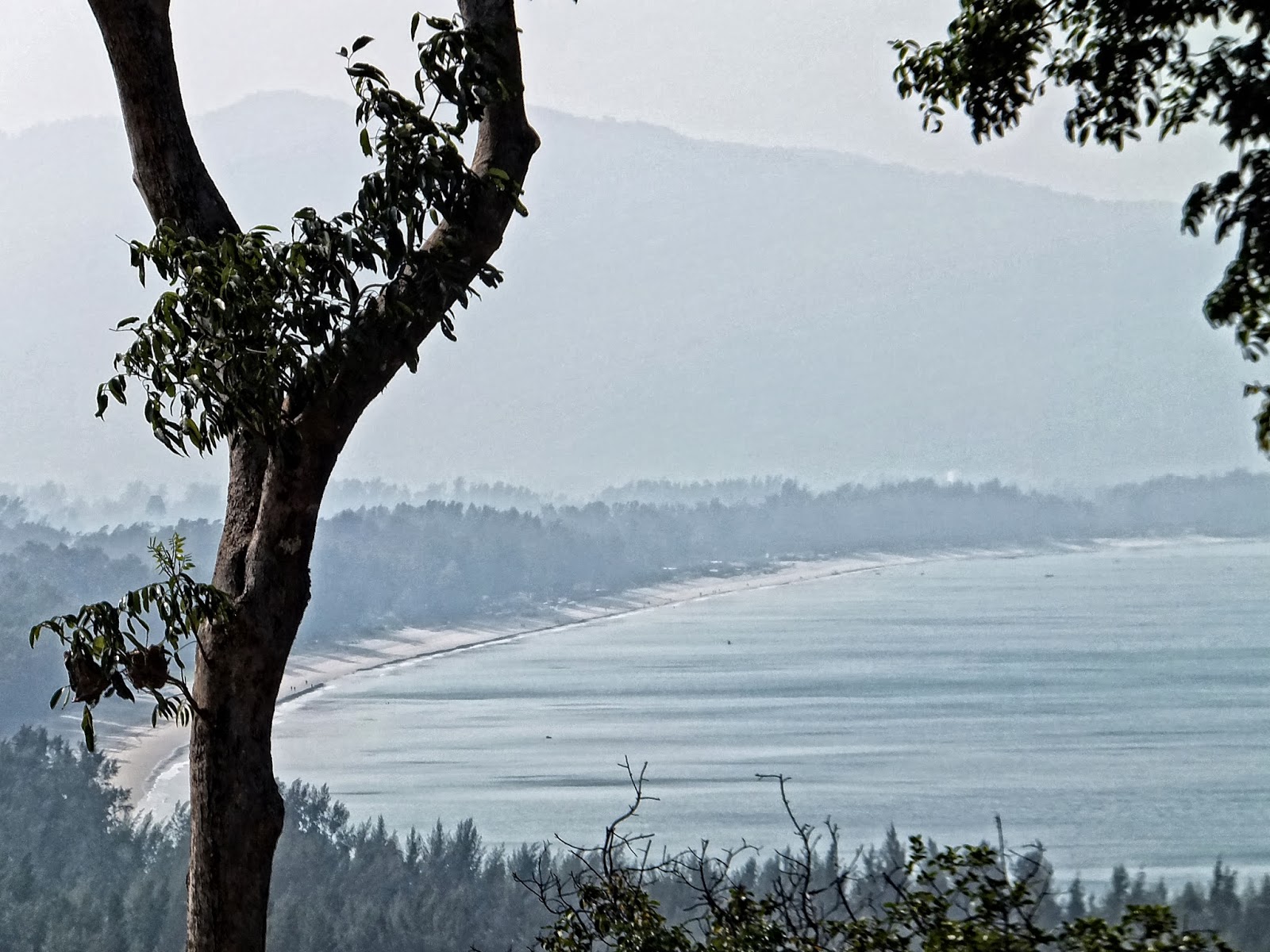 I reached the top and was starting to feel the impact of the heat and sunshine.  No, I had not brought any suncream.  It was time to turn around and head back, I caught a couple on a motor scooter by virtue of the non-existent brakes.  What a brilliant sweeping descent on beautifully surfaced roads. 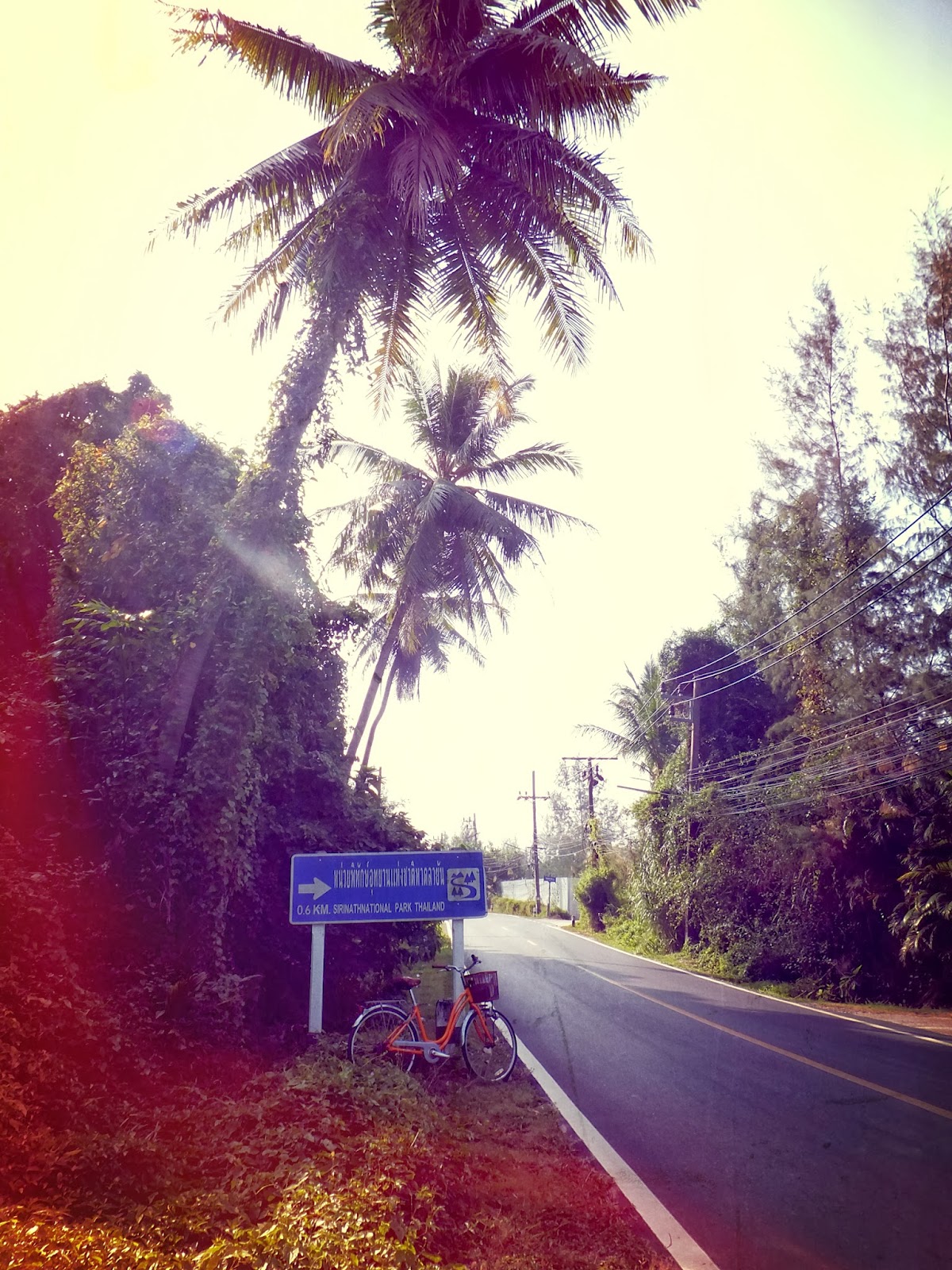 So I’ll admit it, this was not the most arduous winter training camp, but for the simple pleasure of a few stolen minutes on a bicycle between meetings – it was fantastic! 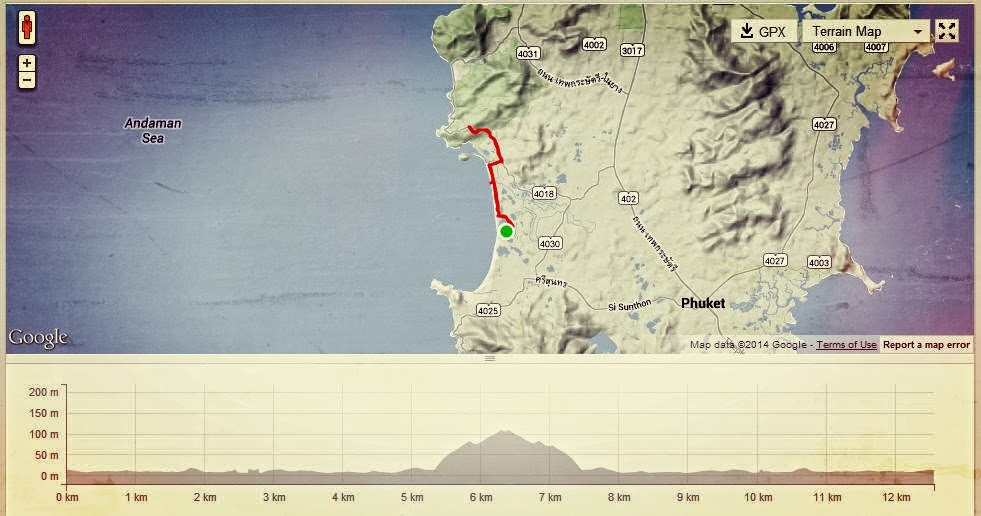