As part of my theology course at Durham University, I’m undertaking a solo cycling pilgrimage from Durham Cathedral to Iona – weaving around visiting lots of Celtic Christian sites in northern Britain.
— after a weekend break with my family — 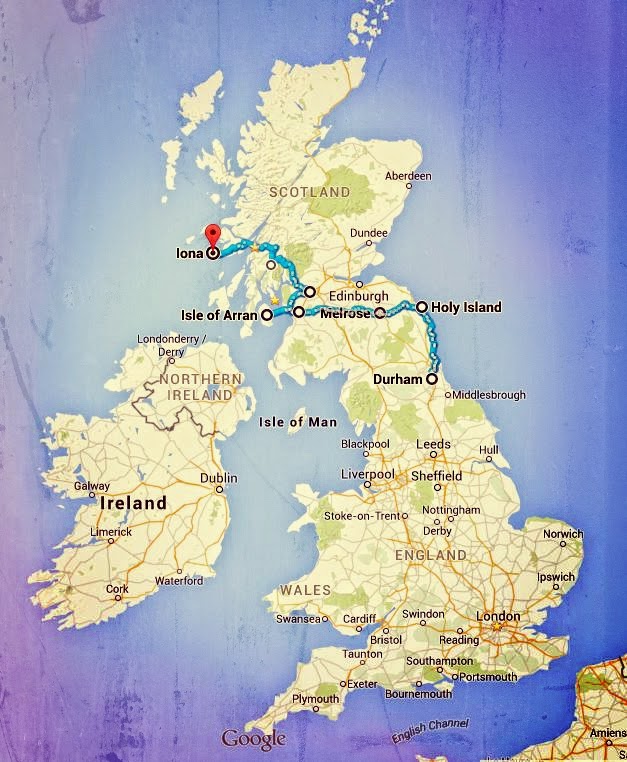 I’m expecting the weather to be varied and challenging as most of the prevailing wind has been west to east this winter and that will mean a headwind from Holy Island to the Isle of Arran. I’m staying with vicars in their parish homes, or in Youth Hostels – but I don’t have any accommodation arranged for the first Tuesday night and I may end up riding through the night to reach Arran.
Unlike the 2009 LEJOG, I’m not setting out to prove myself as a long distance cyclist, this time I’m more interested in touring the Celtic Christian sites and learning a bit more about their history. I know that St Cuthbert and St Aidan travelled the north of Britain bringing the Christian faith back after the fall of the Roman Empire. I’m looking forward to experiencing some the isolation they may have lived through. I know I’m only likely to find some grass covered rocks in the ground, but to travel under my own effort and visit some of the significant sites is really exciting for me.
Today I had the privilege of being invited into Durham Cathedral to take some photographs, as these will help to illustrate ground zero of my journey. I’m studying at Cranmer Hall in Durham, training to be an Anglican (Church of England) parish priest (vicar). We do get to participate in worship at the Cathedral, but the freedom to take photographs throughout the Cathedral was wonderful. 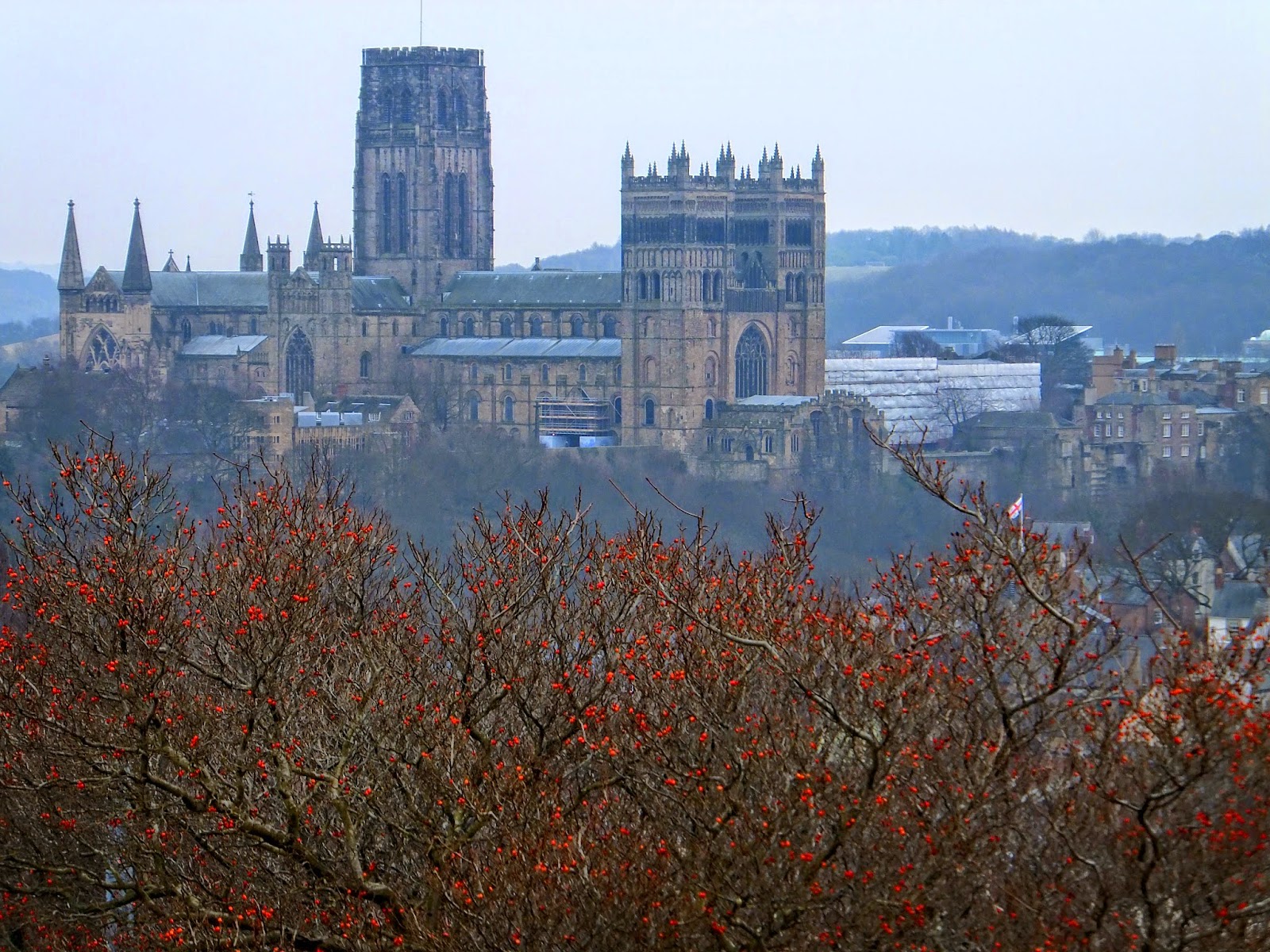 The story of Durham Cathedral is a long and mixed one. Originally a small shrine for St Cuthbert, it later grew into a Benedictine Monastery with a defensive castle and keep. The castle is in an easy to defend location on a rock outcrop in a U-shaped bend in the River Wear. Sadly it was even a prison for Scottish soldiers after the battle of Dunbar, many of whom starved to death in inhuman conditions. 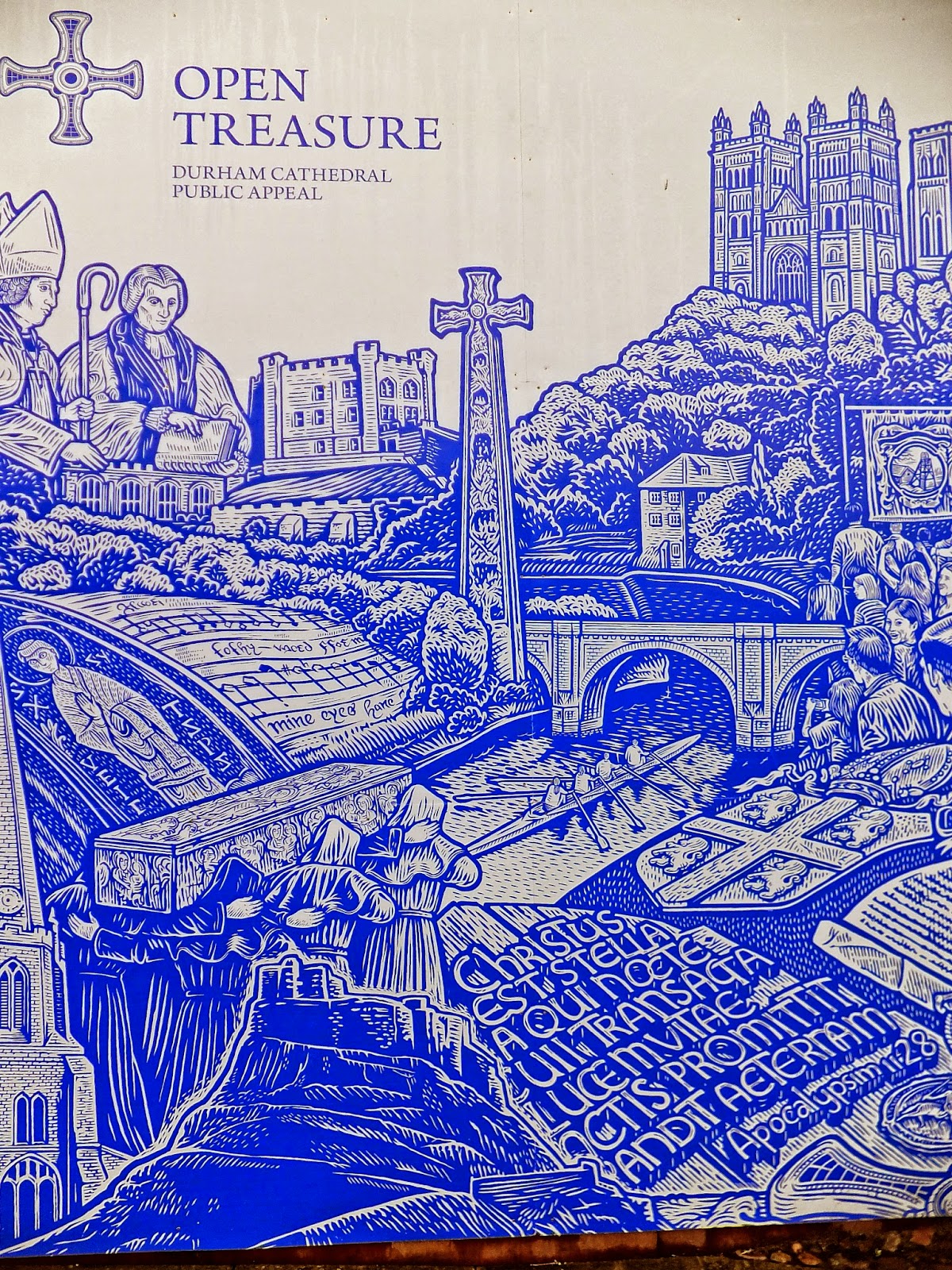 Currently the Cathedral is recognised as one of the greatest historical buildings in Europe, and thus a UNESCO World Heritage Site. With such a long history of Christian worship, the Cathedral team have a stated goal: “To worship God, share the gospel of Jesus Christ, welcome all who come, celebrate and pass on our rich Christian heritage, and discover our place in God’s creation.” 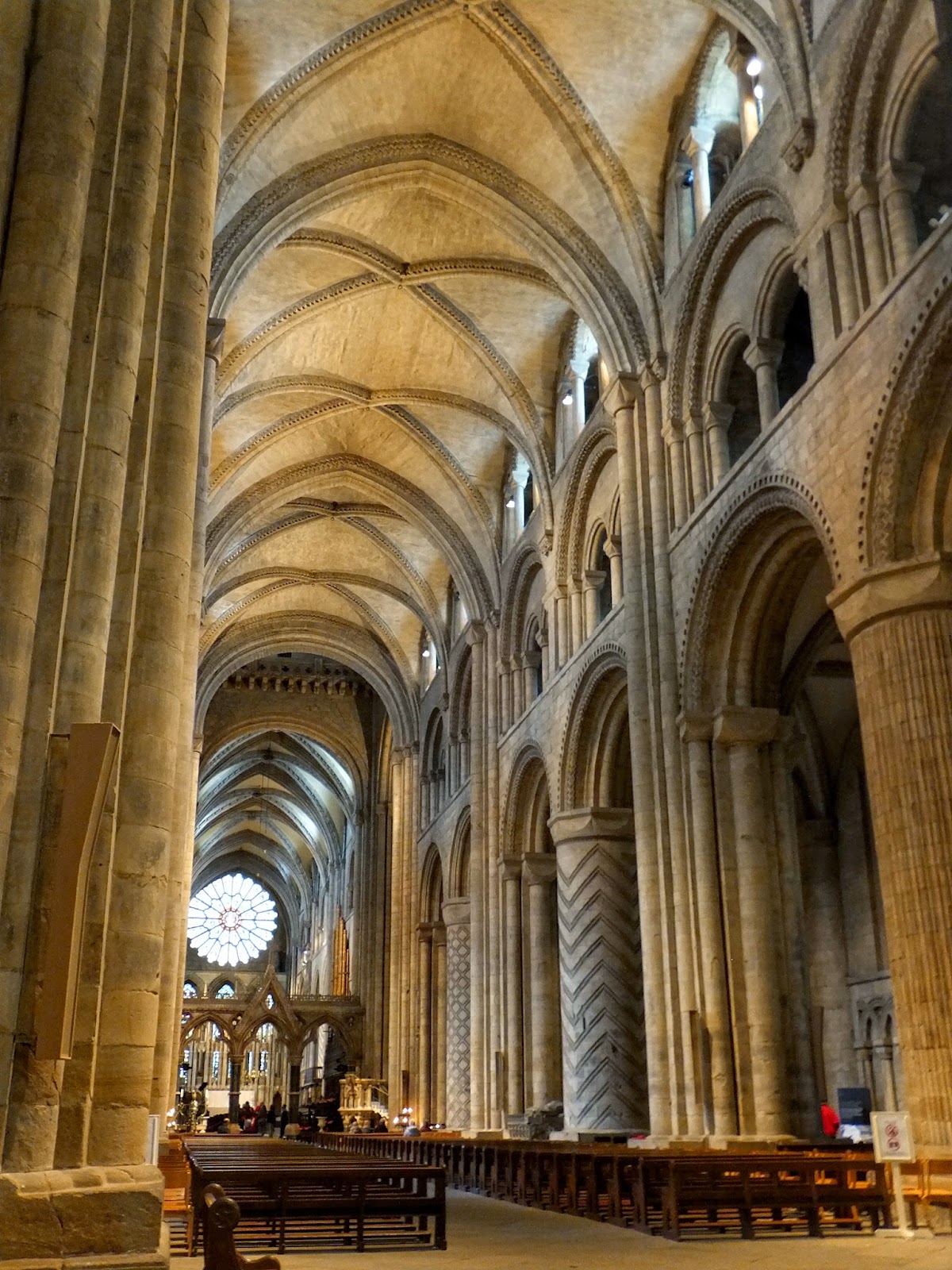 There is the tomb of The Venerable Bede, who was born late in the 7th century and spent most of his life writing books on the saints and Christian life. Many of his books have survived and are available to read even today. 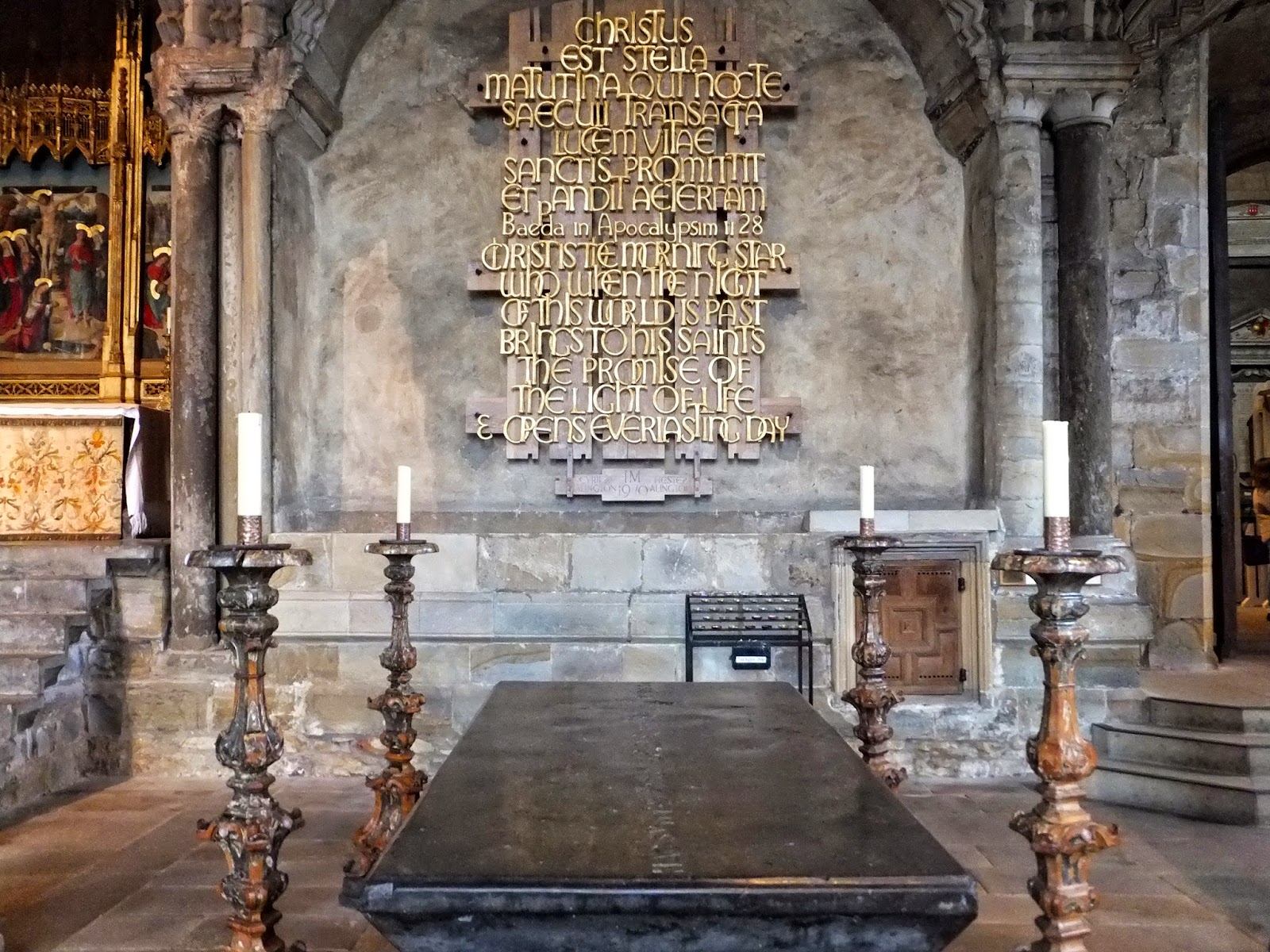 Stained glass windows tell the stories of some Christian saints, including these two to St Aidan and St Cuthbert. 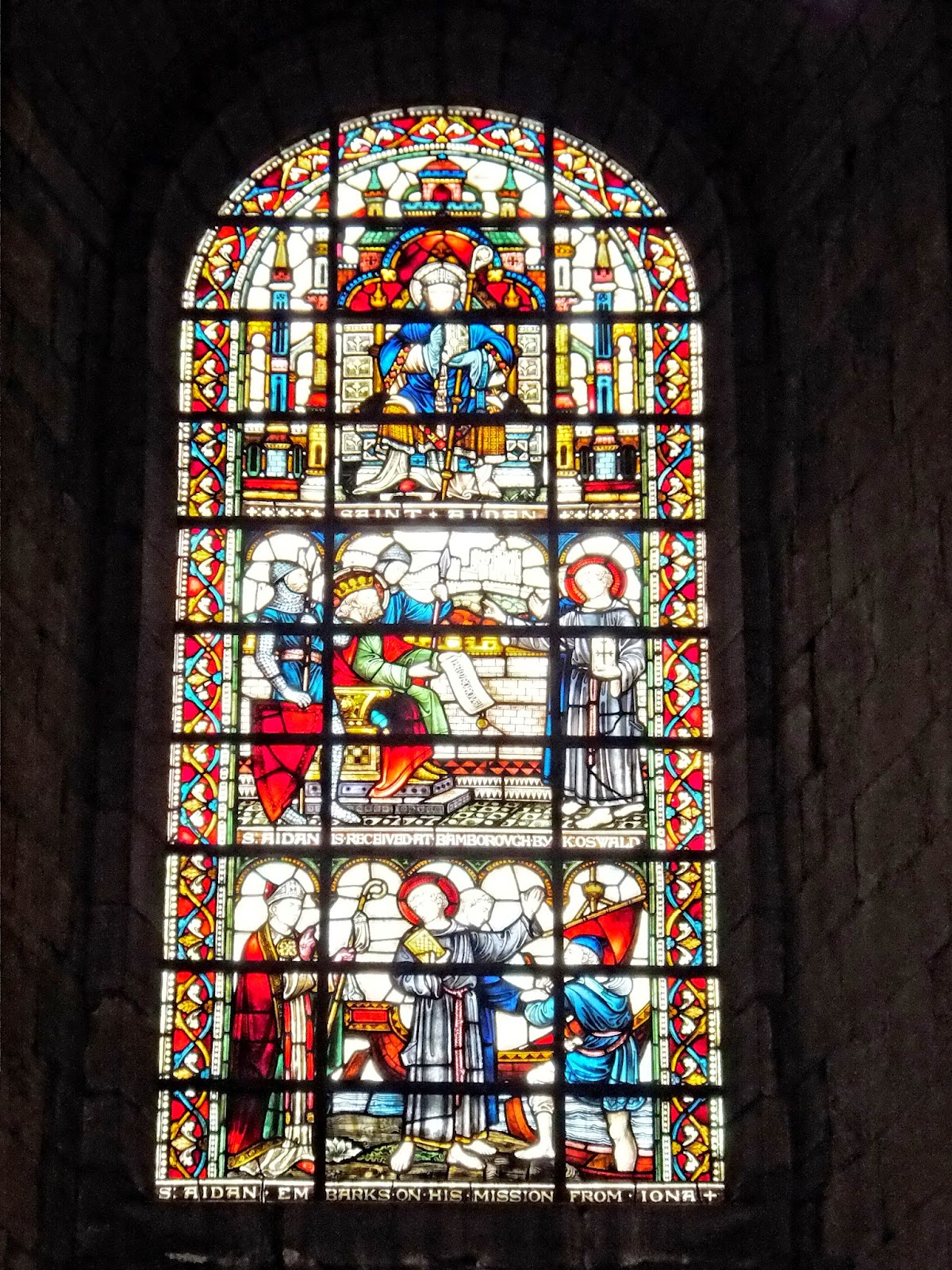 At the other end of the Cathedral, near the rose window is the shrine to St Cuthbert. It is believed that when Henry VIII dissolved the monasteries and had relics destroyed, St Cuthbert’s body had not decayed. The skin was still on the bones and that the soldier sent to smash the bones couldn’t do this. So the body was buried again. The shrine remains a site for many pilgrims despite the Protestant Reformation and the efforts of the clergy to preach against the practice of pilgrimage as ‘not a Christian act’. 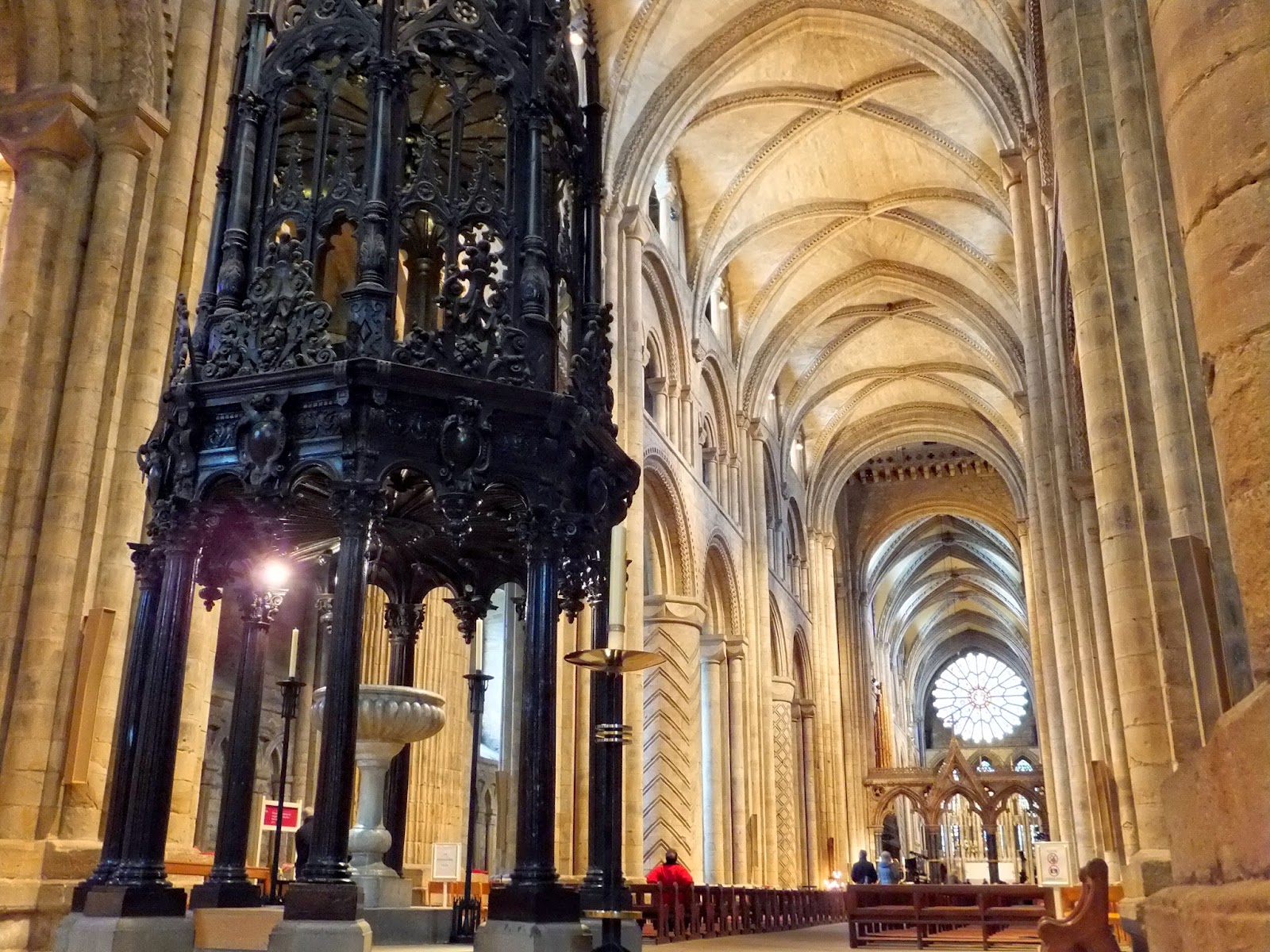 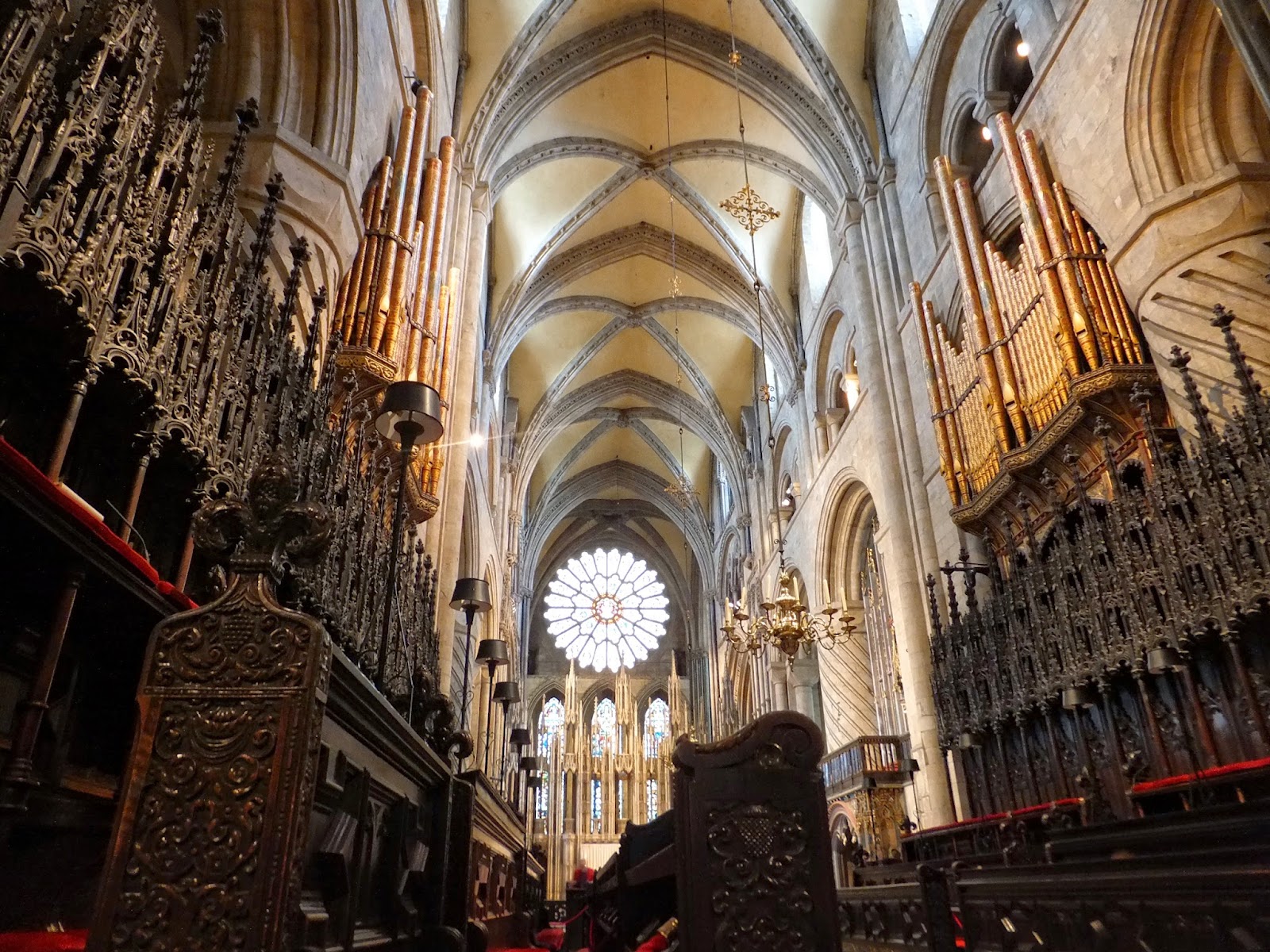 So the Cathedral is an amazingly beautiful building, with the wonderful rose window of stained glass at one end. St Bede, one of the first scholars of Britain is buried here, as it St Cuthbert, one of the most significant evangelists we’ve seen in Britain since the fall of the Roman empire. It is a brilliant place to be studying and worshipping; and the beginning of my cycle tour to Iona.