As August slips away the opportunities for warm sunny rides need to be grabbed with both track mitts. I was in the mood for some summertime cycling and settled on a coastal ride; crossing the Tyne using the passenger ferry! 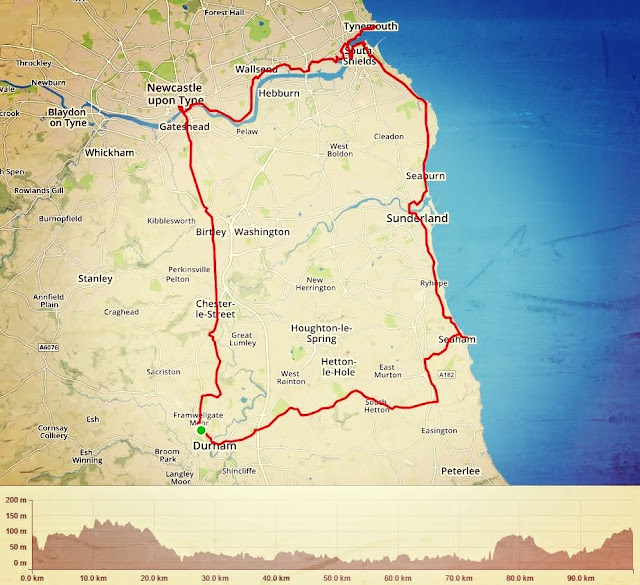 I’ve found a very quiet route out to Seaham from Durham that I enjoy using a lot, especially because of the left turn in South Hetton onto a tiny countryside lane over the A19. I wasn’t expecting to see a herd of Reindeer though; in a field beside the road, grazing while Santa Claus hibernates I expect. The barbed wire seemed a bit redundant given their well documented flying skills.

Although there was no wind worth mentioning, which made this a warm and easy ride, out to sea there must have been some turmoil in the weather as the waves were very large and crashing into the shore with force.

I followed the coastal road up to Sunderland and into the town, where the road crosses the river on the Wearmouth Bridge. This is a wide multi-lane road and required a bit of bravado and confidence to ride; As the lights changed and I led the cars onto the bridge I had to put some power into my pace to move at speed and hold my lane – which was an exhilarating experience.

The road followed a one way system which popped me back out at the seaside in Roker. Now the coastal road was lined with pubs, bars and amusements and felt a lot more ‘holiday resort’. It was nice to be pootling along in the bright sunshine.

I passed a couple of lighthouses – the most famous of which is Souter Lighthouse with its bright red and white stripes sitting not far from the road and just on the cliff-top. There is much history along this Durham Heritage Coastline, and just after Souter Lighthouse are the Marsden lime kilns which have been derelict since closure in 1968.

A cyclist passed me at some lights, looking very skinny and fast – I resisted the temptation to get caught up in racing him and I’m glad I did because I was enjoying this sunny lazy jaunt ‘beside-the-seaside’. Shortly after that the view to opened out and Tynemouth Priory become visible on the opposite shore of the River Tyne.

Following the seashore as much as possible is the best way to go from the coast to the Passenger Ferry in South Shields. I remember Dean and I rode through the town centre once, but by accident I found a nicer route on the B1344 and down onto Wapping Street, then along the cycle paths of the South Shields riverbank. I had just missed a ferry but they run every 30 minutes during the day so not long to wait for the next, and only £1.60 for a single. 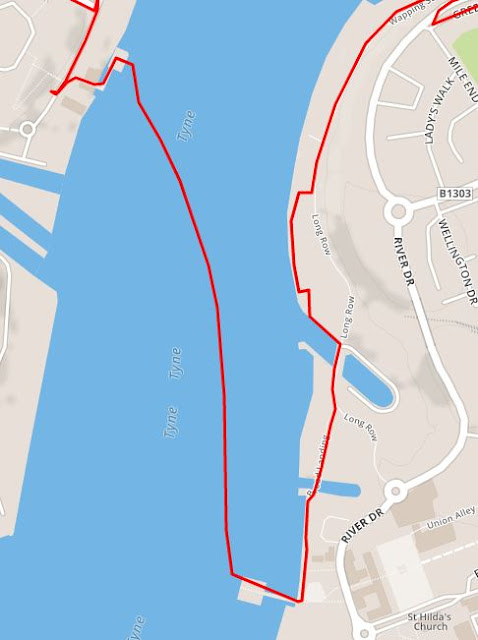 I then rode a bit of an out-and-back to Tynemouth and back to Newcastle, following the C2C/Hadrian’s Cycle Routes as much as possible. Tynemouth was lovely and I enjoyed an ice-cream overlooking the cliffs and massive harbour walls extending well out into the North Sea. 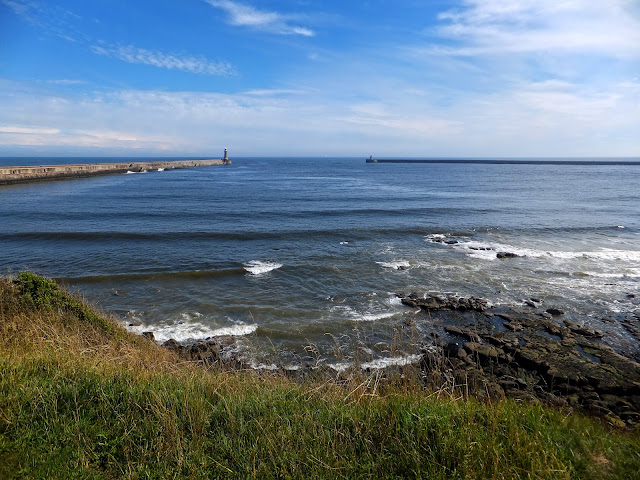 The River Tyne weaves a long route inland and Newcastle is about 8 miles up river, which takes a long time to ride when following the cycle path. The cycle path was mainly tarmac’d and a good surface to ride on, despite the occasional broken bottle. There were numerous detours too, as building work takes place on the waterfront.

I popped down to the Pedestrian Tunnel to see what’s going on, but it only says “Tunnel Closed” – this is partly because the contractor doing the work has gone into administration. There is still hope to have the tunnel open by Summer 2016 – but without a contractor that’s a little bit hopeful I think.

There is a welcome ‘Cycle Hub‘ run by both “Saddle Skedaddle Cycling Holidays” and “The Cycle Centre” in Byker. They had water on the counter ready for riders to top up their bottles, and the coffee/cake looked gorgeous.

But this wasn’t what I wanted today, even the excellent terraced riverside cafe with tables couldn’t tempt me because I wanted to ride where the people were – I wanted to go to the Piano & Pitcher on the quayside, and to sit beside the Gateshead Millennium Bridge. 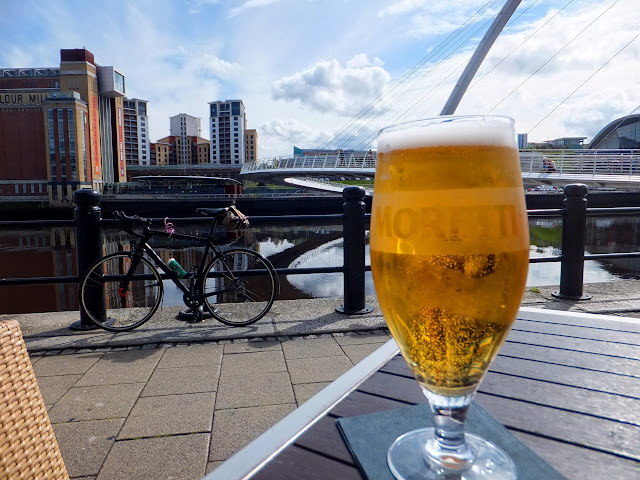 It was time to turn back home, but I figured I could get a little more sight-seeing in on the way. Firstly I could cross three bridges, and secondly I could pass the Angel of the North. So first from Newcastle to Gateshead over the Gateshead Millennium Bridge, then back to Newcastle over the Swing Bridge, then a stiff climb up past St Nicholas Cathedral to the High Level Bridge and back to Gateshead; where I joined the A167 for a ride past the Angel of the North. 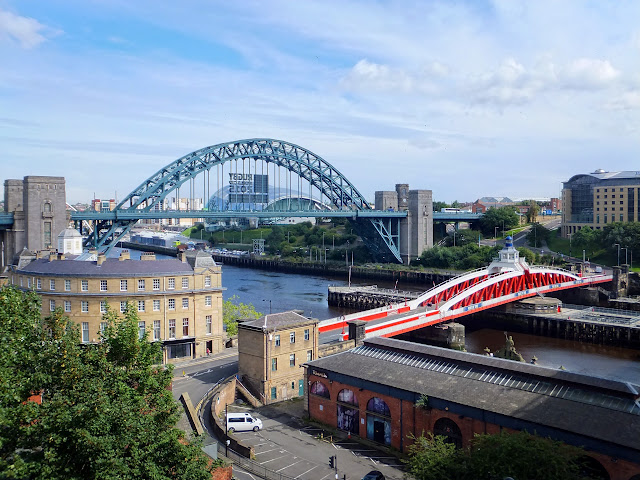 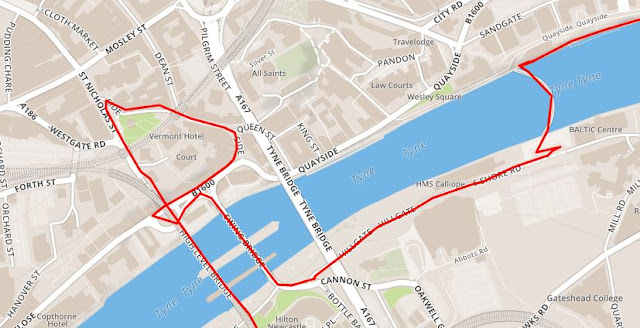 All that remained was to cycle back to Durham through Chester-le-Street. My only deviation was to take the Leamside turning off the A167 just outside Chester-le-Street so that I could enjoy a little more quiet countryside riding before I arrived home.
What a fantastic day out – I wonder if there will be many more sunny days left before Autumn.